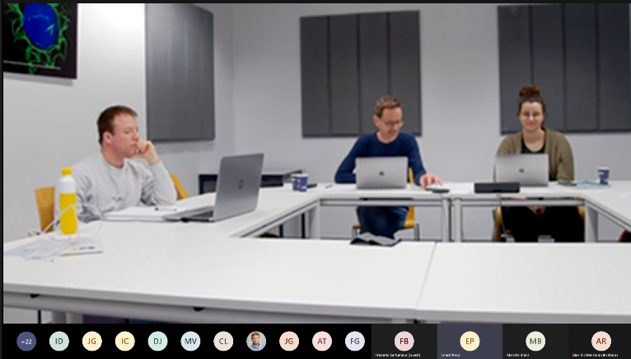 On the 22nd and 23rd of March, we co-hosted the workshop ‘Strengthening the role of citizen science and digital entomology in mosquito-borne disease surveillance in Europe’. It was co-organized by Wageningen University and Research (WUR) and the Centre for Advanced Studies of Blanes (CEAB) and supported by Aedes invasive mosquito (AIM) COST and InfraVec2.

Citizen science is research that is conducted, in whole or in part, by amateur scientists. This is for example done in the ‘Muggenradar’ project in the Netherlands where Dutch citizens send mosquitoes to Wageningen University where they will be studied. In this way, citizens can contribute to research on mosquitoes and mosquito-borne diseases in the Netherlands. Other countries have similar citizen science projects, for example, ‘Mückenatlas’ from Germany, ‘Zanzamapp’ from Italy, and many more.

This workshop brought together professionals from 17 different countries so we could try and learn from each other about citizen science for mosquito and mosquito-borne disease surveillance. We wanted to address current challenges, such as participant engagement and data management, and future opportunities, such as the use of artificial intelligence and the integration of citizen science and traditional surveillance.

On the second day of the workshop, the use of artificial intelligence in mosquito identification and citizen science projects was discussed by Ryan Carney (University of Florida) and Joan Garriga (CEAB). Thereafter, Marion de Vries from the Dutch National Institute for Public Health and the Environment (RIVM) and Arnold van Vliet (WUR) shared their expertise on risk perception and communication, and communication strategies for citizen science networks.

Finally, the opportunities for aligning citizen science with surveillance at the EU level were discussed. Eva Veronesi from the University of Applied Sciences of Southern Switzerland(SUPSI) and Marieta Braks (RIVM) spoke on this topic. After their presentations an interesting discussion was held on how, and if, citizen science could be aligned with surveillance at the EU level. Since the workshop had participants with a wide variety of backgrounds, from both academia and government, a lot of interesting points of view were shared in this discussion.

Ultimately, we hope that the insights obtained in this workshop will contribute to the use of citizen science to its full potential in the control of mosquitoes and mosquito-borne diseases. Resources from this workshop will be made available soon.