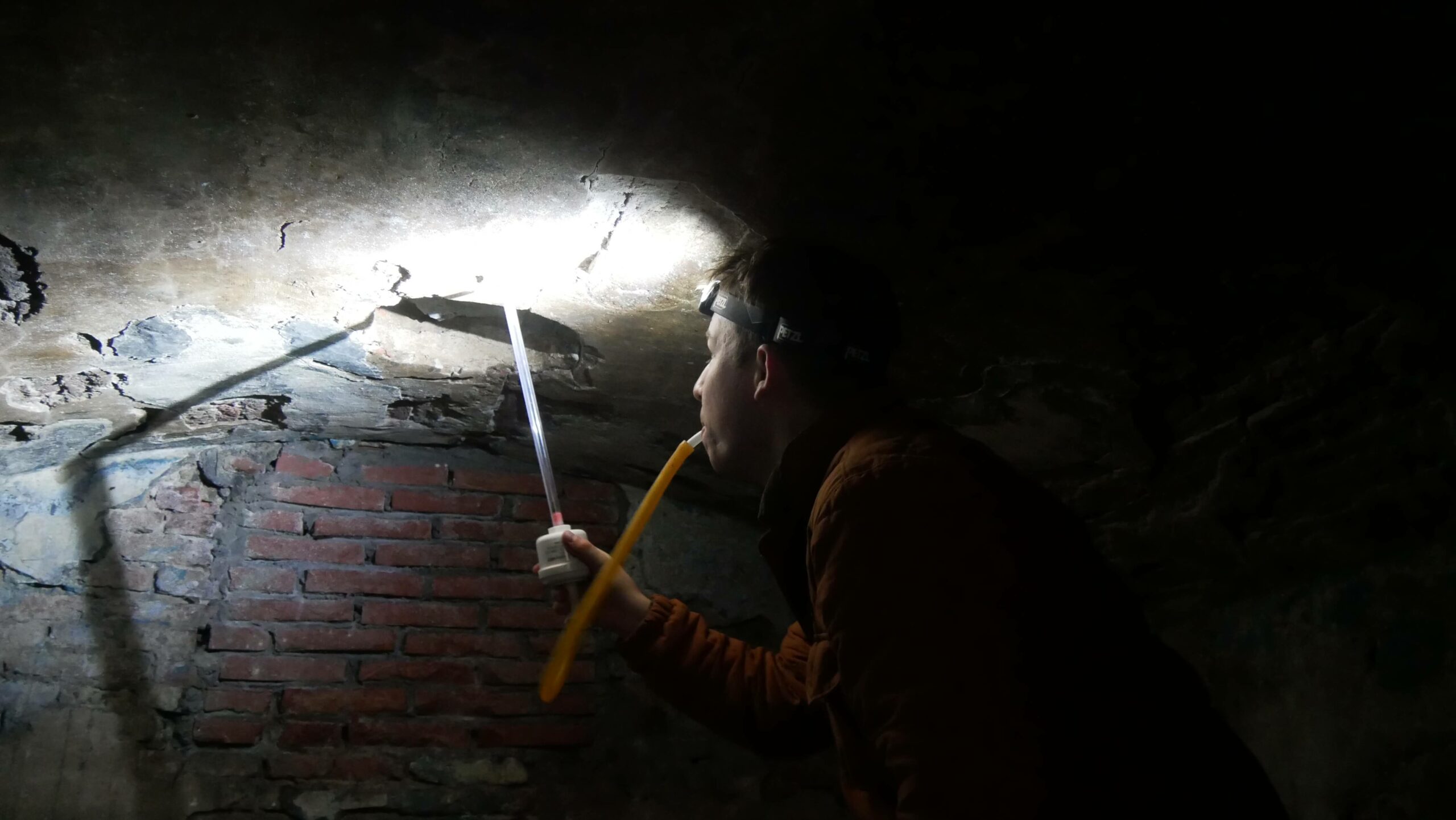 When thinking of mosquitoes, many people think of hot summer nights on which they are repeatedly annoyed by the little brats. Rightly so, as the vast majority of mosquito species is mostly active at some point during summer. Consequently, this is also the period during which the chance of mosquito-borne disease circulation is highest. Therefore, mosquito surveillance efforts are usually performed during summer, but what happens with these insects during winter?

My name is Rody Blom, and I’m a PhD candidate at the One Health Entomology group at Wageningen University and Research. Currently, I’m focusing primarily on overwintering of the common house mosquito, Culex pipiens, which is considered to be the primary vector of West Nile virus. Interestingly, the common house mosquito has two forms, so-called biotypes, which differ in their behaviour but look exactly the same. One of the two biotypes, Culex pipiens molestus, remains active during winter. This means that it will continue to feed on hosts and can therefore still cause a lot of nuisance during winter. The other biotype, Culex pipiens pipiens, goes into hiding to hibernate. To make it a bit more complicated, these two biotypes can also hybridize and the hybrids display intermediate behaviour.

During the summer of 2020, West Nile virus was first detected in a common whitethroat (Curruca communis) and Culex mosquitoes in the municipality of Utrecht, following a joint effort between several Dutch universities and research groups, including the One Health Entomology group. Currently, we try to figure out whether, and how West Nile virus overwinters in mosquitoes and which role the two biotypes play in these overwintering mechanisms. To be able to gain more insights in this, we need to understand the overwintering ecology of mosquitoes, for which we need to collect both winter active- as well as hibernating mosquitoes. To this end, I collect winter active mosquitoes via our citizen science platform ‘Muggenradar’ and hibernating mosquitoes via field sampling. In short, the mosquito surveillance we perform during the winter of 2020/2021 can be divided in three different setups, which I will elaborate on below.

Firstly, together with my supervisor Sander Koenraadt and our colleague Jeroen Spitzen I collected a lot of overwintering Culex pipiens mosquitoes from the Nieuwe Hollandse Waterlinie. These are primarily used to gain more insight into morphometrical and physiological characteristics. After collection, they are brought to the Laboratory of Entomology of Wageningen University and Research. Here, the mosquitoes are kept in a climate cabinet under winter conditions, after which they are identified by looking at their morphological characteristics. Surprisingly, some of these sites house hundreds of hibernating mosquitoes, which we collect by using mouth aspirators. Mostly, we find Culex pipiens. We find other species as well, such as the amphibian-feeding Culex territans, the malaria mosquito Anopheles maculipennis s.l. and the very large, winter active mosquito Culiseta annulata, which is a personal favourite of mine.

After storing the mosquitoes in our climate cabinets, I take a subset of Culex pipiens for a range of analyses. Firstly, I try to figure out which percentage of mosquitoes has already mated before winter and which ones have laid eggs. This is done by carefully dissecting some mosquitoes and exposing their ovaria and spermatheca, which is an invertebrate-specific organ in which they can store sperm after mating. Furthermore, we identify whether the smaller-, or larger mosquitoes within the population have a higher chance at survival during winter and how they utilize their fat reserves during winter. Finally, we check the biotype of the mosquitoes by using molecular tools.

Furthermore, together with my co-supervisor Maarten Schrama (Leiden University) I collected mosquitoes from the area where we found West Nile Virus last summer. The mosquitoes I collect from the Utrecht area are primarily used to figure out whether West Nile Virus can overwinter in hibernating mosquitoes. If that’s the case, we can identify one of the potential routes through which the virus can persist from one transmission season to the other. From these collections, a subsample is also used to identify whether they have already mated prior to the onset of winter and to check for the biotypes.

In addition to both field samplings, I collect mosquitoes via the Muggenradar. During the second week of February, we asked the general public to swat mosquitoes and send them to us. In less than ten days we have more than 6000 submissions. By doing this, we try to identify which mosquito species and, in the particular case of Culex pipiens, biotypes remain active during winter and where they occur. Among the mosquitoes that are sent in, we find quite a few blood-fed ones. With molecular techniques we can identify the origin of the blood meal, so we can find out whether the mosquitoes have fed on a human or, for instance, a pet such as a cat or dog. Currently, we have just finished opening all the envelopes. However, I can already tell that we have some very unexpected and interesting findings!